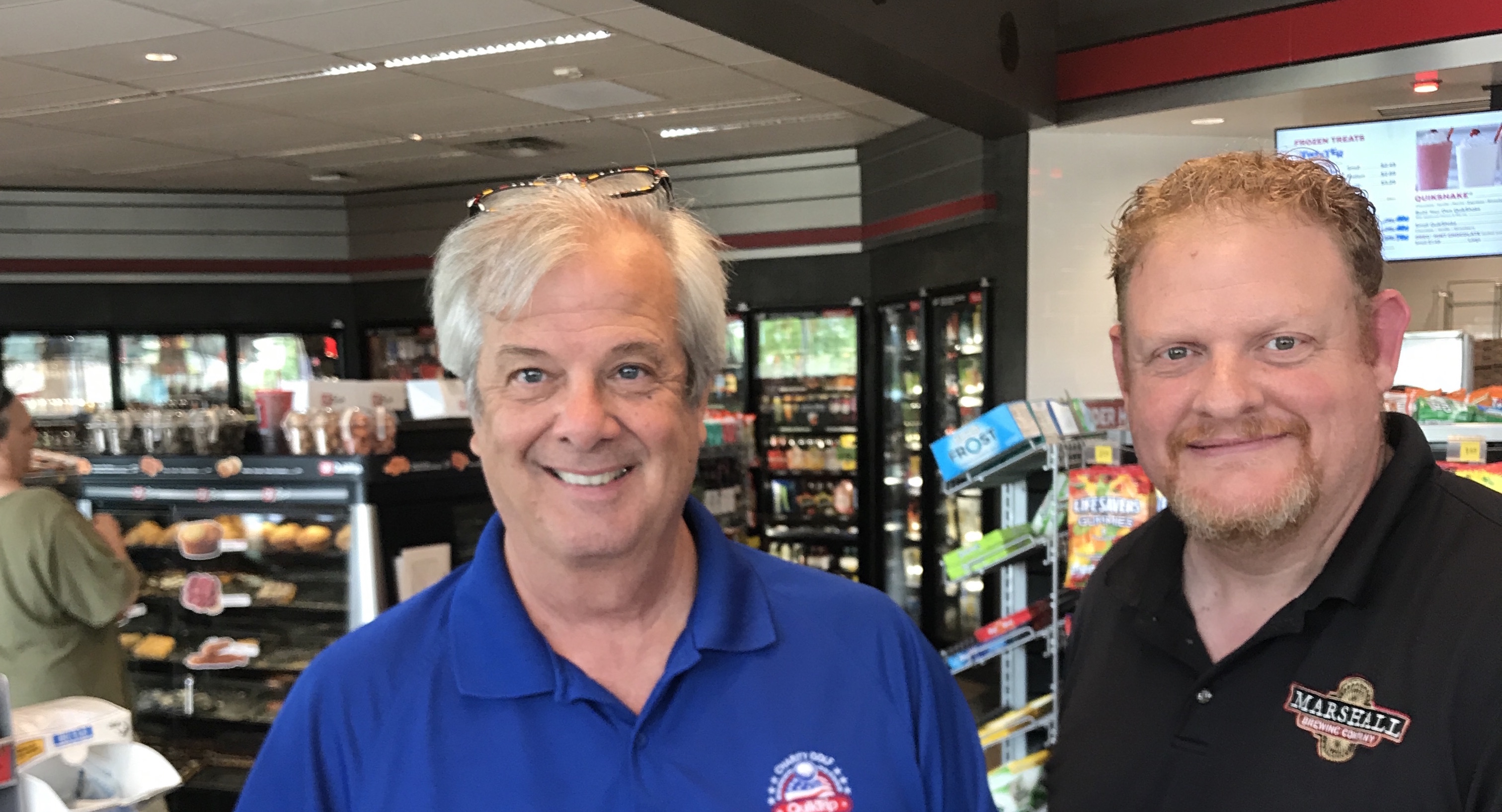 This week's installment of Favorite Beer Friday features QuikTrip's spokesperson of choice & Vice President of Government Relations, Mike Thornbrugh. Both Mike and QuikTrip have been strong supporters of our community, including support of the local craft beer movement.

Check out the Scales & Ales podcast for more about Mike Thornbrugh and the beer industry in Oklahoma.

“ That is not a fair question, truly there are several that I enjoy. If forced, I really like the Kolsch. I don’t have the sophisticated palette like Wes and the Marshall brother’s, but I find the Kolsch a rather smooth beer and can taste sweetness throughout the pour. I have not tried the Arrowhead Pale Ale but I will correct that problem this week.”

Do you recall your first time trying your favorite Marshall beer?

“ I sure do, the industry was working on the modernization changes for Oklahoma. I went by the brewery to introduce myself and learn about this new emerging business called craft beers. After a tasting a couple of the beers I was hooked on the quality and thought it was really unfair that we could not offer them to our customers. Fortunately, the citizens of Oklahoma agreed and the rest is history."

“ Another unfair question! Different seasons of the year dictate where I like to enjoy a cold Marshall’s, but you can never go wrong hoisting a couple after a long week at work, just don’t tell Chet that it is possible it could happen before 5 at the lads taproom.”

Editor's Note: Marshall Kölsch is available in The Taproom at Marshall Brewing or all area Hideaway Pizza locations as Hideaway '57 Ale.