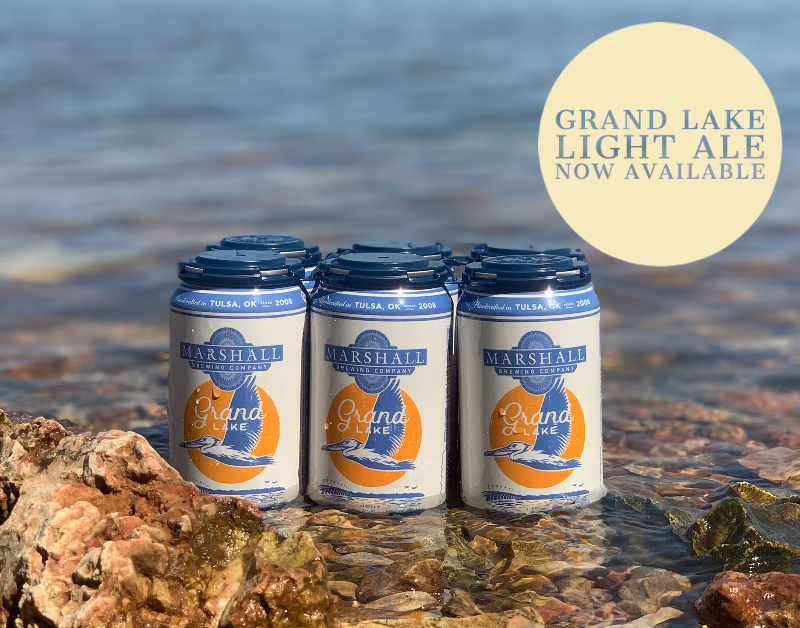 Grand Lake Light Ale is a celebration of one of the finest outdoor resources for family and business getaways Oklahoma has to offer, Grand Lake O' the Cherokees. Situated in the foothills of the Ozark Mountain Range in Northeast Oklahoma, Grand Lake is a top spot for bass fishing tournaments, championship golf, water sports, and breath taking sunsets. Grand Lake Light Ale is brewed to complement the relaxing nature of the lake, light in color, offering smooth malt flavor and a touch of sweetness. Checking in at  5.0% alcohol by volume, Grand Lake Light Ale will be available through September 15, 2020.

"We are so excited for locals and visitors alike to enjoy the new Grand Lake Light Ale," said Donnie Crain, President, Grove Area Chamber of Commerce. "This beer captures the essence of what we call 'Living the Grand Life' and we know it will be a favorite for locals and visitors to the lake - or reminiscing at home about the great times at the lake. Finding a trusted partner like Marshall Brewing was so important for this project - they love Grand Lake like we do and it shows."

"This idea of a Grand Lake beer was first discussed before I even took the position here in Grove, over Labor Day weekend 2017 sitting on a boat dock in Woodard Hollow talking with Tom Kimball, Chairman of the Grand River Dam Authority and Andy Stewart, General Manager of Patricia Island Country Club and a commissioner on the Oklahoma Tourism & Recreation Commission. We knew it was a great idea - but we knew, too, it was critical to have the right partner. After meeting with Marshall Brewing, we knew we had the right team - and the great product speaks for itself!"